I went climbing for the very first time yesterday and I got frustrated coz it didn’t go well, I lost my grip and a nail bit :P. I climbed the mountain wall with long nails ( I forgot to cut ’em! >.<) . Oh well, at least I’ve learned my lesson… I’m no catwoman! 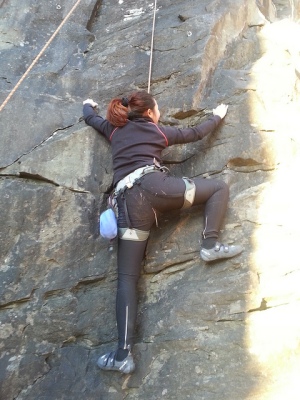 Me climbing up the mountain wall.

Since I’ve decided to cut down my monthly expenses to 11.2 percent, I am now very careful of my economy. No more impulsive shopping and unplanned meals (avoid eating at restaurants and avoid take away)! But it does not mean that I have to cut down my favorite food. No! Not a single chance! I love to eat! So how do I get to eat my favorite food without compromising my wallet? Well simple, make and prepare food by myself! It is a smart and effective way of not only saving money but also a good way to live a healthy life.

Anyway, I would really love to write about food and personal economy. But I am wondering if I should write it here (on my personal blog) or should I make a Food and economy blog? What do you think? Suggestions are welcome. Feel free to comment or send me an e-mail. 🙂 Thanks! 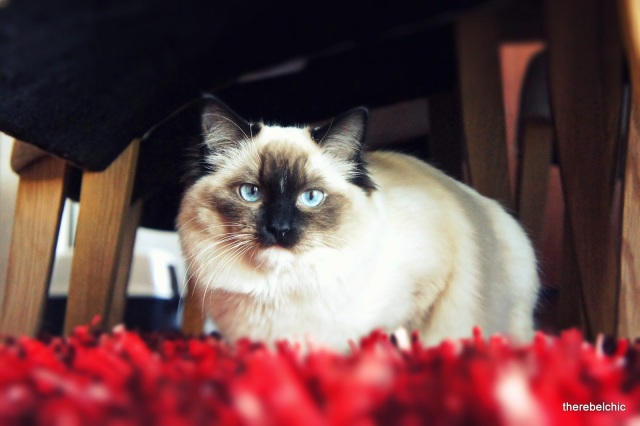 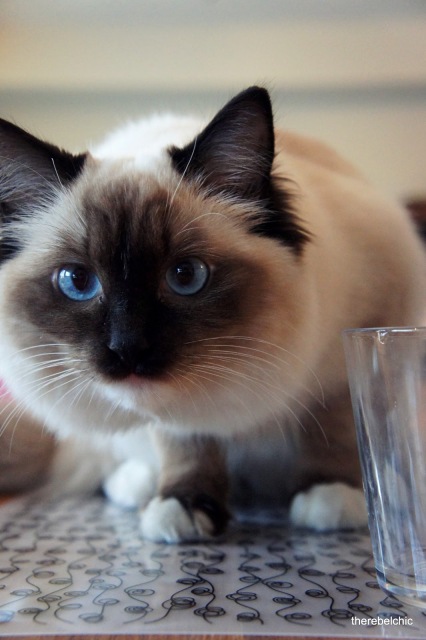 Cats like human babies grow up so fast! I can still remember the first time I met Aki (this cute ragdoll cat of my friend). It was only a half year ago. She was just a cute shy little kitty and I could just put her anywhere without resistance.

Yesterday I was at Michelle’s place. She invited me for dinner and err.. study.. Well I got distracted, so I havn’t read that much but it’s okay at least I’m happy, right? 😛

Anyway, here are the shots from my smartphone I took yesterday. 🙂 Hope you like ’em. Oh btw! Aki has also a blog. Check it out: http://akiragdoll.wordpress.com/ 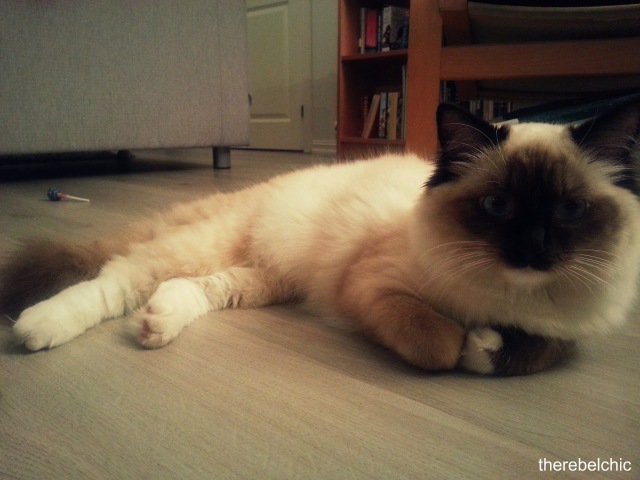 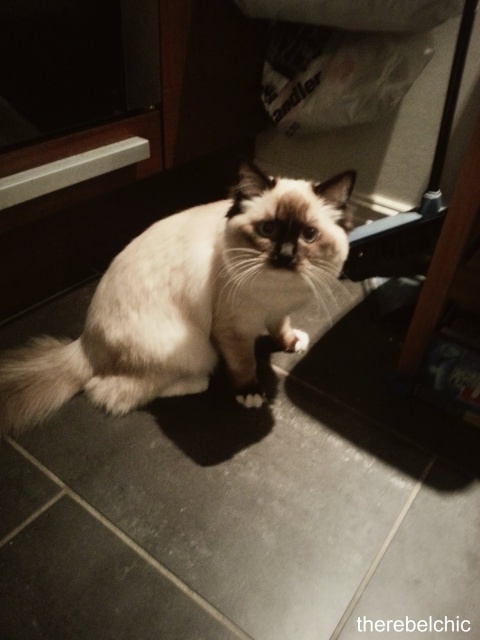 30 Interesting Facts about Myself

Sometimes I find myself as a ticking bomb. Yes, I can explode in a snap but it’s a very rare situation so don’t worry. So what triggers the ticking bomb? Oh well, anxiety and depression in my case. However I don’t just simply explode when life gets so harsh on me, I always make sure that I’ve reflected enough on the situation first before deciding whether I should fight it or just run away from it.

So anywho, going back to the 5th day’s topic. Honestly I’ve been in a couple of situations were I wished that I never existed and thought of ending my own life. The first one would be that time that I lost a family member and the second one was the time I got so sick that I thought that I was going to die.

Because of my super duper hectic schedule these past few days, I had no time for this 30 day challenge. So I guess I failed but hey! Better late than quit right? Though being late is not that good either.

Anyway, today I’m going to discuss about my views on religion! But before that let me first share my religious background.
I was raised Catholic in the Philippines. Both of my parents are Catholic and so as my grandparents and relatives. Studied 12 years at two Catholic schools where religion subjects are counted as major subjects and we prayed the rosary every day. When I reached college, I became an active member of our parish church and became one of the leaders of the Parish Youth Ministry and president of junior CWL (Catholic Women’s League).

It’s really funny how someone like me (a party lover, an ambitious student, open-minded and a gamer girl) had a very religious background. I never thought that I could lead a group of teenagers and children. It was a great experience too but at the same time it’s a big responsibility. Views in religion are subjective. So I respect each and every one’s opinion on their respective religions. However, I despise people who use religion as an excuse to hurt others and as an excuse to rule over something or a group of people. I think that there should be an IQ test and sanity test for everyone who wants to join any religion so there would be lesser conflicts and lesser victims.

Also, we should not let religion define who we are. Just because everyone is going to church doesn’t mean that they are pure and harmless. Religion should bring out goodness in us, not turn us into monsters.

My daily healthy life in Japan