Bookshops are one of the shops that I always check whenever I am in a mall or out in the city center. It is also my second favorite place next to the library.

I was in the city center two weeks ago. It was very cold but sunny so I did not mind walking for a couple of hours just for window shopping. I went inside a bookshop which also sells video games and checked some games and books on sale, hence I found the books about the human body parts. I simply could not unsee the books because they are colorful and the titles are quite catchy, they are also located in the middle shelf so it is easy to see. I checked one of the books and most of them are just naked pictures of the human body.

So the saying is true, nudity sells (cannot be unseen). 😛

The other day I made a discovery while I was checking out our pantry. Because I am petite (I only stand 5’2.), I cannot reach nor see what is on the top shelf of our pantry so I got me a chair to help me. I found some paper plates, paper cups, a pack of chocolate powder and a jar of coffee powder. I was about to get down from the chair when I have decided to reorganize that shelf and then that’s how I found a pack of Xi hu Longjing tea. It was standing alone in the darkest part of the shelf. No wonder I did not notice it right away. I asked my partner why he did not tell me that he has this tea. He told me that he forgot about it since we have other green teas as well.

I am not familiar with this type of tea. So I made a little research on the internet.

Longjing tea is a type of green tea originated in China. It is also know as the Dragon Well Tea. This is one of the best teas produced in China. There are different kinds of Longjing tea, but I am not going to discuss it here. The one that I found is Xi hu Longjing. According to Hojotea.com, this type of tea is produced at the tea gardens in Xi Hu area at an altitude of 100 meters.

I used our cafetière to brew the tea. I boiled 300 ml of water, let it rest for a while til it reach the temperature 85 degrees C and then I poured the water on the French press and brew the tea for 2 minutes.

It was an exciting moment for me because I have never tried this tea before. In my opinion, the Longjing tea has a mild taste and a sweet scent. I recommend this tea to everyone.

Where to go right now?

Left or right I can’t decide

Last Sunday, I was invited by my friend to watch a handball match near where I live. By the time I arrived the second match was about to start. I was only there for 15 minutes because I was going to see the Star Wars movie too. I find it fun to watch. I enjoy the little time I had there but I wish that I could have stayed longer and finish the match.

Seeing the girls play brings back childhood memories. Now I miss my old school, my old teachers and most of all my old friends.

Moving to a bigger city is tough and so as finding a good sushi restaurant. Luckily, during my visit to Galleriet (a name of a mall in Bergen) last year I found this sushi restaurant by accident. It was not hard to find because it is located near the main entrance of Galleriet. I love Japanese food so I am glad to find one.

TAKE Sushi is a small restaurant with a sitting capacity of 14. It is not big but I love how the restaurant looks, simple and minimalistic. I have never been in Japan but it felt like I am close to Japan.

Yesterday is my second time eating here. I treat myself with a bowl of miso soup and 10 pieces of crispy spicy laks (salmon) with avocado maki because I am now a certified volunteer of Red Cross Norway (will do a separate post about that later). The miso soup is perfect (The best miso soup I have tasted so far.). The amount of tofu and vegetables is just right and is not bitter compared to the other miso soups that I have tasted before. The maki rolls are good too. The salmon is fresh and the sushi rice has the right consistency and temperature which only proves that all are fresh.

When it comes to service, they are one of the best. They are very accommodating and friendly.

Take note: I am not paid nor asked by TAKE Sushi to write about their restaurant. This post is my personal opinion only.

Drinking tea is a part of my lifestyle and my diet. In fact, I drink at least a pot of tea everyday. My favorite tea is Sencha (green tea from Japan) followed by Genmaicha (green tea with roasted rice) and then Oolong tea  (from China). I love teas because of its health benefits and because they bring back some childhood memories.

When I was younger, I used to drink those teas in teabags like for example Lipton and Twinings. Those teas are good but when I was introduced to Japanese loose tea, I fell in love with it instantly. From that moment, I knew that I have to order Japanese tea right away.

My partner introduced Oolong tea to me. Oolong’s aroma and taste has captivated my senses too and some memories from my past came back (I got a bit sentimental then.), like when I was sick my mom or grandma used to give me this kind of tea to me. I am not Chinese but I grew up with some Chinese culture in me because first I was surrounded by Chinese friends. Second, my great grandfather (according to my grandpa) was 1/4 or 1/2 Chinese. Then last, my grandfather’s business establishment was just a couple of blocks away from Manila’s China Town so he had lots of Chinese customers and made friends from that community too. So every year I got lots of Chinese stuff/gifts like moon cakes, hongbao (red envelope) and li hing mui (red salty dried plum) from my grandpa’s friends. I learned some Chinese words and characters/alphabets as well but too bad I cannot remember them anymore.

I cannot read what the tea packet says here. Well, some of the packets has the Latin alphabet translations but not this pack in the picture. How I wish we had Chinese at school! I thought that it was Oolong tea but when I opened the packet it was not Oolong leaves inside but red tea. At first I did not know what kind of tea it was but thanks to Mr. Wikipedia I found the answer. Here it is:

In Chinese and the languages of neighboring countries, black tea is known as “red tea” (Japanese 紅茶 kōcha; Korean 홍차 hongcha, Bengali লাল চা Lal cha, Assamese ৰঙা চাহ Ronga chah), a description of the colour of the liquid; the Western term “black tea” refers to the colour of the oxidized leaves. In Chinese, “black tea” is a commonly used classification for post-fermented teas, such as Pu-erh tea; outside of China and its neighbouring countries, “red tea” more commonly refers to rooibos, a South African herbal tea.

Moving on, this post is by the way my take on this week’s The Daily Post’s challenge, Alphabet.

Mornings could be a tough time of the day to wake up and stay awake. I admit that I find it hard to be a morning person. Like today, I was dead tired this morning. I could of course have some cup of coffee but that would upset my stomach so I opened the door to the terrace and got some fresh air and voila! I got really awake in a jiffy.

It was 0 degrees Celcius and snowing. I think it is cold but not that cold. I went out to the terrace in my pajamas and IKEA slippers and started to think again of my frustration and my problem yesterday. I thought that I am the unluckiest person alive but my partner said that as long as I have a roof over my head then life is not that bad.

Moving on. I am sharing some of the shots that I took today from the terrace. I think the weather is perfect for a black and white shoot. 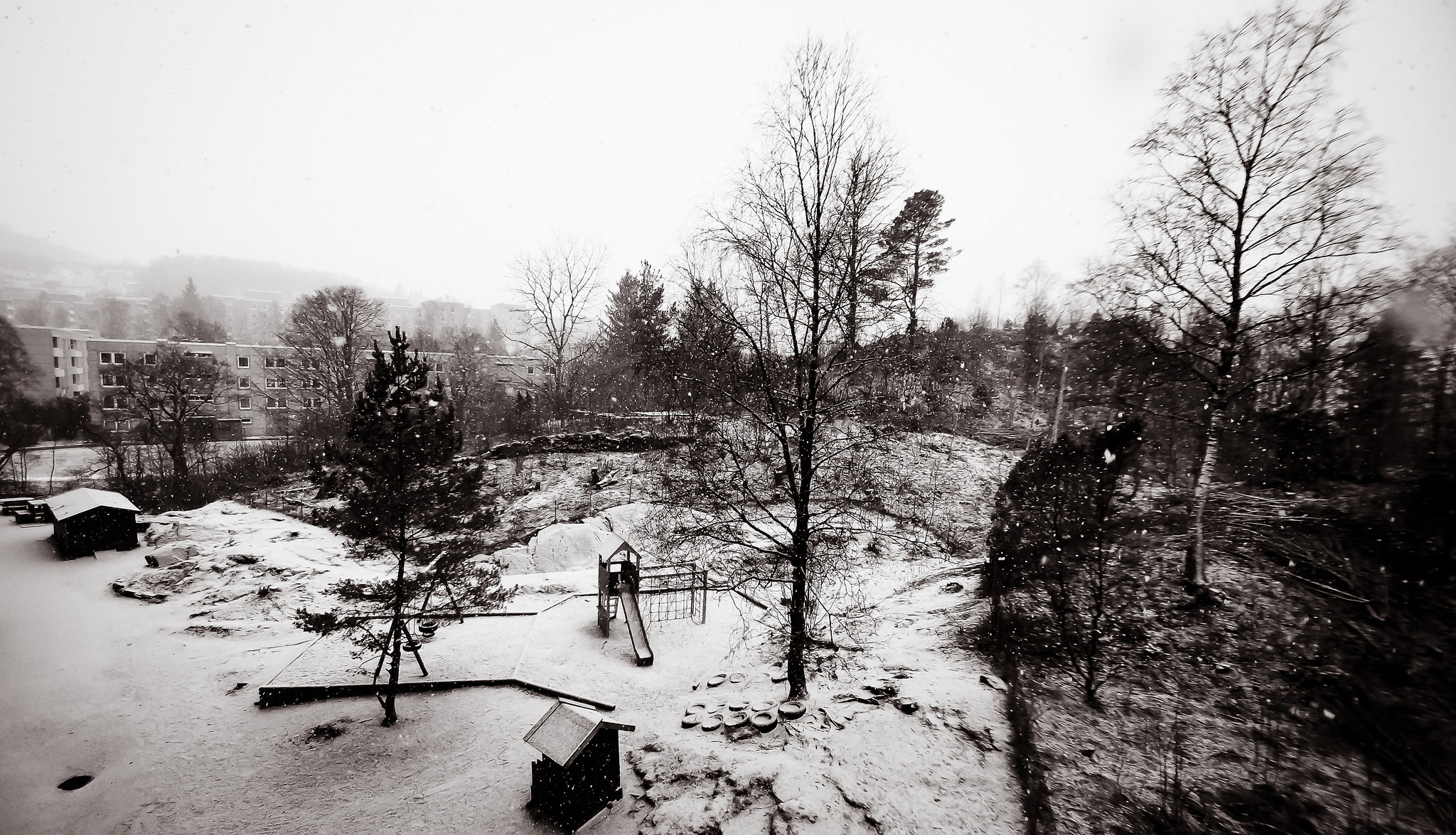 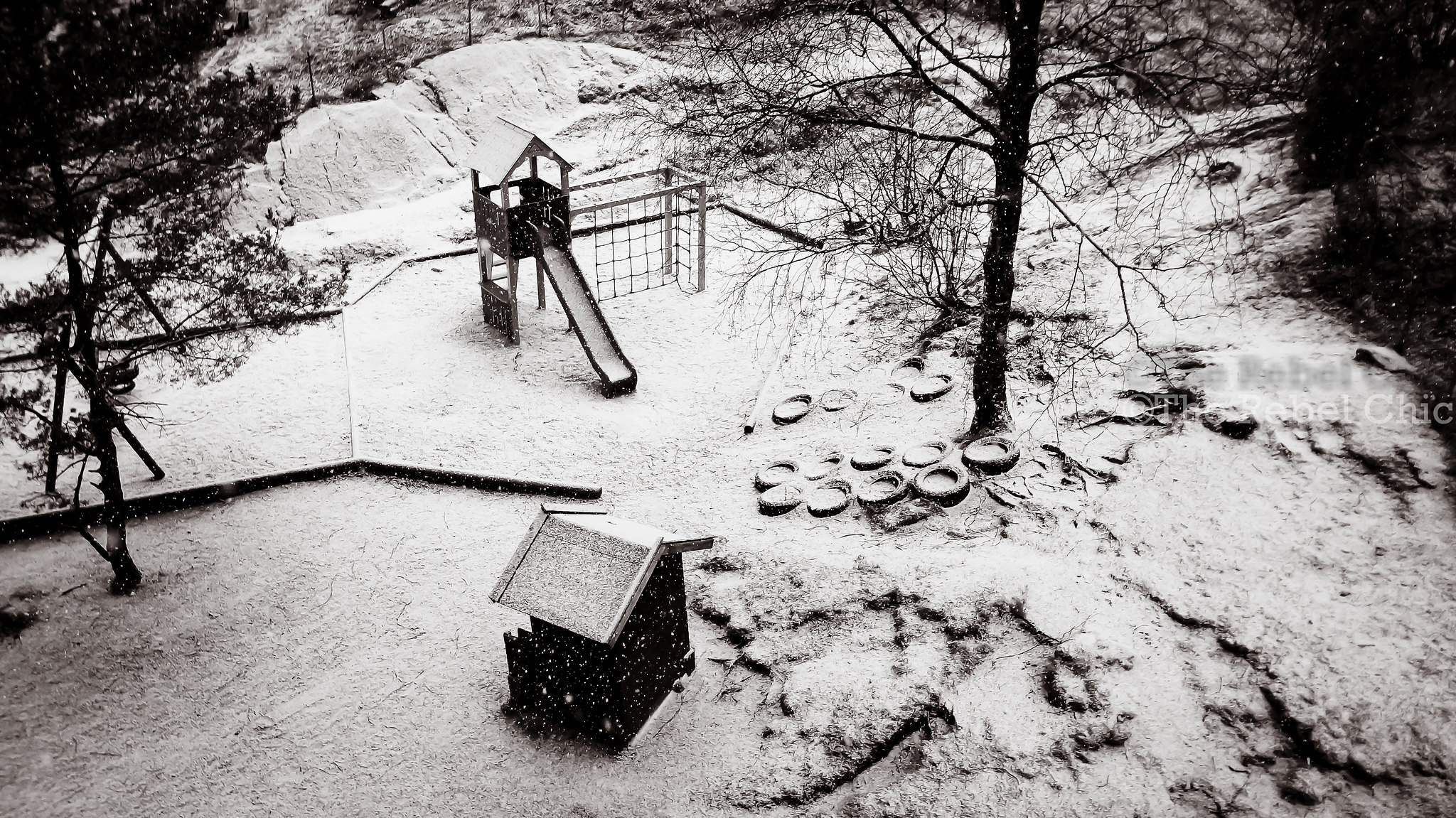 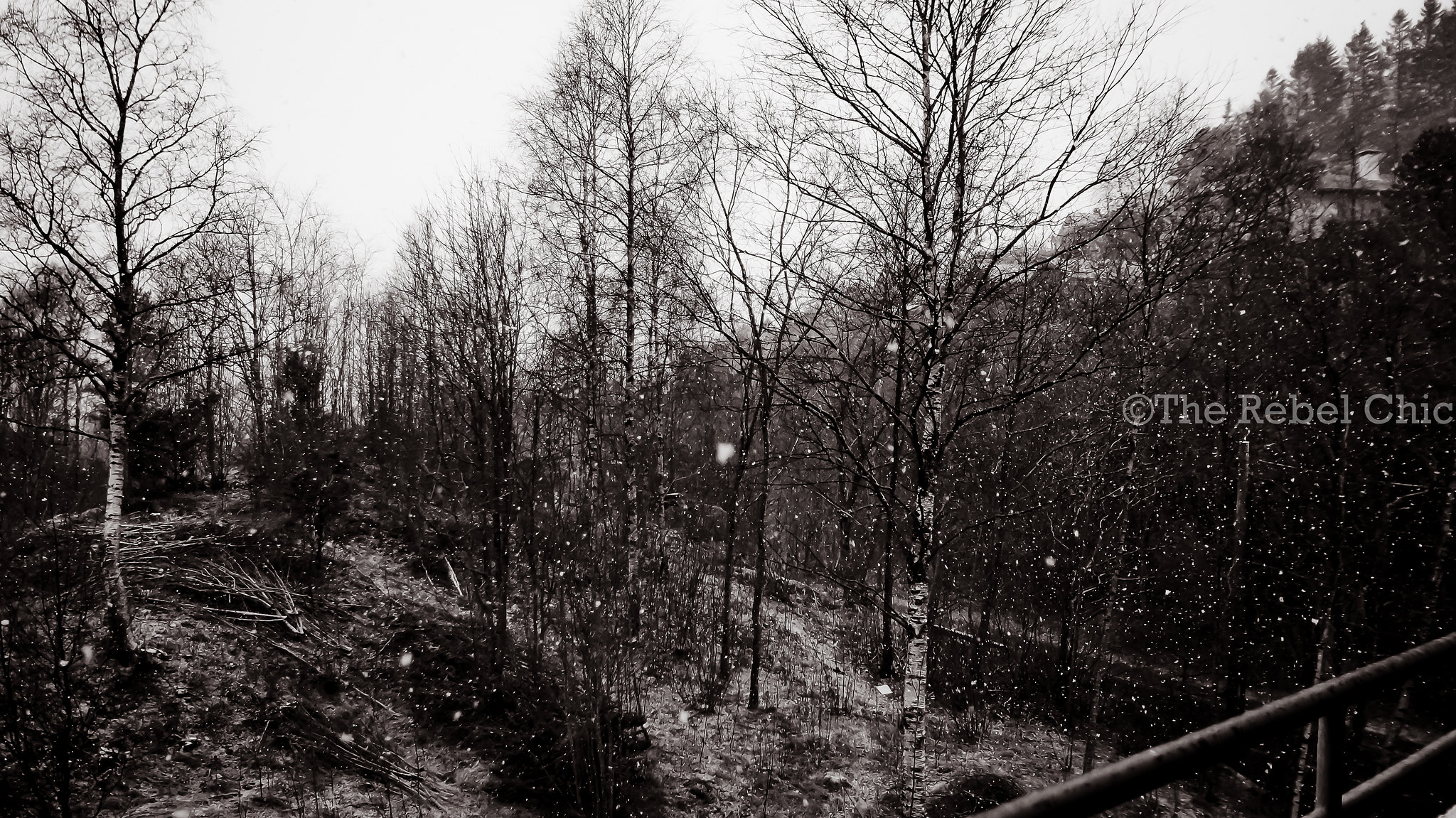 The Rebel Chic
Powered by WordPress.com.