This is the number one question that I get from people that I meet for the first time. When I first came to Norway, I did not mind people asking me questions. I understand that some people are just curious types. I do not talk too much to people that I just met. In short, I am a shy type person but I can be really talkative, depends on my mood and the topic. However, I did get tired of this questioning every time that I meet new people here. Why do they ask? Do I look like and alien? Is there something wrong with my Norwegian?

Aside from this question, I do get a lot of how long have I been living here in Norway. In the beginning I felt like I was being interrogated. So, as much as possible I tried avoiding eye contact with people by the bus stop, cafes and restaurants. However, there were times that it was impossible for me to avoid any conversations with strangers. Like for instance when I was waiting for the bus, a man came to me and asked for the time. When I answered him, he asked me where I came from and if I am living here in Norway for a long time now. I think he just used the time as an excuse to talk to me. I told him that I am from the Philippines and been living here for more than a decade now. Then he told me that I do not look like from the Philippines. He thought that I am from Japan or China because of the color of my skin (which is unfortunately pale or yellowish). He also thought that I am adopted because according to him I speak Norwegian fluently. I started to get uneasy and irritated because he started telling me about how lucky I am to be able to live and get an education in Norway and be able to escape poverty and terror in the Philippines. It made me want to run away from him. But I did not. In fact, I sat beside him on the bus just to educate him about the Philippines. Haha! Oh yes, I am Philippines’ newest ambassadress!

Eventually, I started to realize that when Norwegians ask me where I came from, it is because a lot of them are not used to seeing foreigners or other races in the area. Though they travel a lot, *”they can feel like a child in an unknown woods, away from their parents and grandparents. And sometimes they get a feeling that a Filipina like me or other foreigners will try to fool and rob them” (*An excerpt from Odd Børrentzen’s book: Hvordan forstå og bruke en Nordmann.). They do not mean to be rude. They only need answers and some of them only want to talk.

After a couple of days following the presidential elections in the Philippines on Facebook,  I’ve had enough. I will not say anything about which of the candidates I think should have won, because it’s the majority of the votes count in the end and don’t forget democracy. Politics is a dirty game and we all know that. Politicians promise the moon and the stars (or even the whole universe) to us during the campaign period and it is up to us if we are going to believe them or not.

I’ve never got a chance to vote in the Philippines. It’s not because that I don’t care about politics but because of the fact that I moved to Norway after I turned 19. But I always follow the politics and read news about my motherland because I owe to her my life, friends and family.

So I’m aware of what is happening down there. It’s not only the candidates who are “destroying” each other’s reputation but the supporters as well! I wondered if these people are real or they are just trolls but no. What I really despise are the derogatory comments and remarks. Haven’t they learned anything at school debates? Where is the respect? Where are the values? Can’t you just agree to disagree?

Hiking is fun because it kind of gives you that feeling of freedom and at the same time it gives you excitement. Also, wherever or whatever mountain/hill top you have been to is always an achievement. It does not matter if you have been hiking for 6 hours or 2 hours. As long as you have enjoyed, struggled and conquered, every step is worth it.

My first hiking experience was during my sophomore year in high school in the Philippines. We had a field trip at Mt. Makiling. That experience was one of the most memorable I ever had because it was my first time to see a mountain in real life. For your info I was a city girl. I was born and raced in the metro. The only things that I knew then were the mall, school and home (Blame my over protective parents.).  I got speechless upon seeing the mountain from the bus and when we began walking on the trail I told one of our guides that in 14 years I thought that the paths to the mountains are flat (like asphalt roads) and I thought that it would be an easy trip all the way. So he asked why, I told him that I have only seen mountains in my books. He gave me that “you poor little girl” look and he said that he’s sure that I was going to enjoy the hike. And so we walked into the woods. It was alright in the beginning but suddenly I had to take a break. My feet were killing me. One of the guides checked on me and that’s how he found out that I was not wearing hiking shoes but a pair of 3 inch platform sandals! He scolded at me but we could not do anything because we were already half through our destination. I survived the hike. My feet were swollen and sore but that hike is unforgettable. I had mixed emotions, I was happy and a bit angry at my parents for making me look ignorant. Just kidding! It was my fault for not paying attention to my teachers during the school meeting.

After the trip, I realized that being prepared is essential to hiking. Needs weigh more than wants (and appearance). I learned how to prioritize stuff. So when the next hiking trip came I left my platform sandals at home.

This is my take on this week’s The Daily Post photo challenge, Life Imitates Art. Cosplay in my opinion is one of the living proofs of the theme this week. This shot of  my friend cosplaying Kikyo (From Inuyasha) was taken in 2014 in Manila during my four week vacation. I myself is a big fan of Japanese animation since I was small. I also cosplayed some anime characters.

Here are the shots from the same cosplay shoot. I dressed up as Kagome.

This is my take on this week’s challenge ROY G. BIV. This is a tricycle. Also known as “put-put” in Visayan, “tuk-tuk in Thai and “trike” in Tagalog/English. Tricycle is one of the common means of transportation in the Philippines. 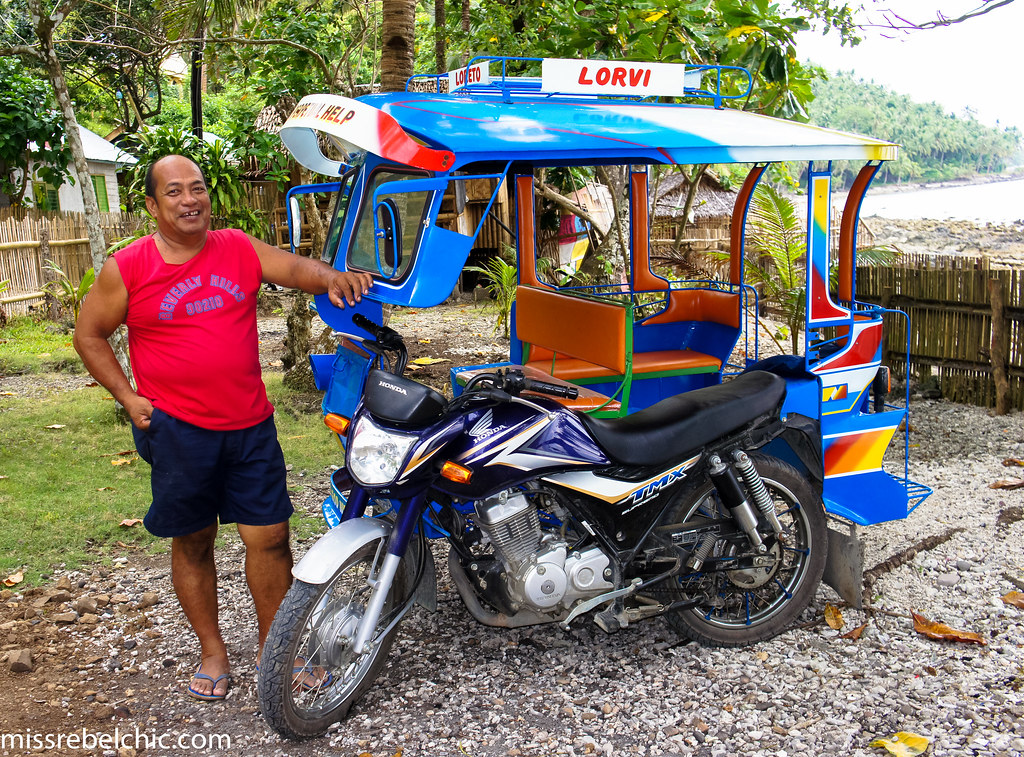 Day three’s Photo 101 assignment is Water and Orientation. Here’s my take on this task. This shot was taken in the Philippines last year. That’s my bf going back to the shore after a couple of hours snorkeling. I remember that the locals on that island were impressed because my bf didn’t care about swimming alone in the scorching heat of the sun. Hehe.. Anyway, for this shot I used my Sony Nex5 and used Lightroom to adjust the exposure. 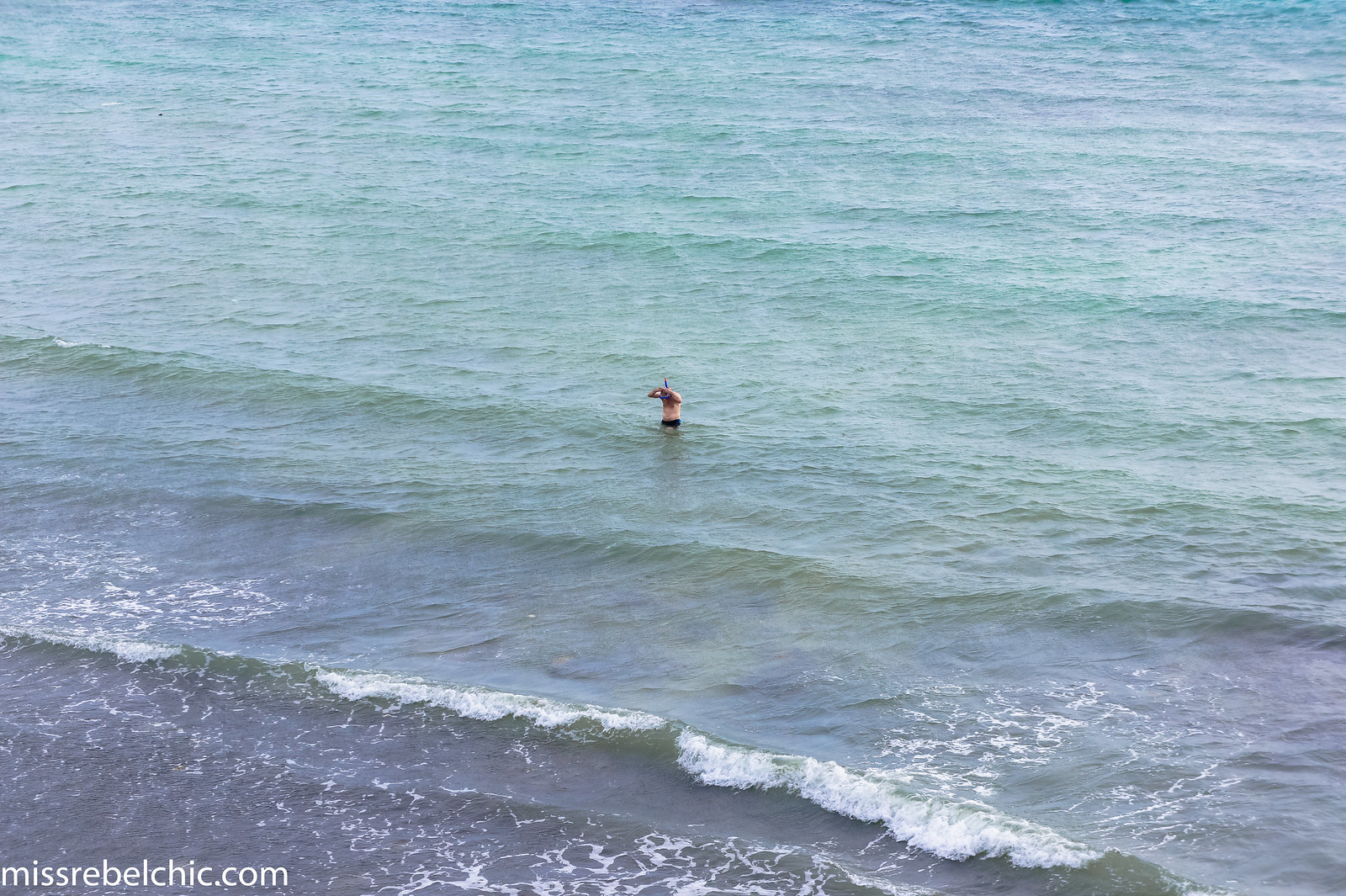 This is my take for day two’s assignment for Photo101, Street. I took this shot during my vacation in the Manila a couple of years ago. The woman was apparently waiting for the right jeepney/taxi. 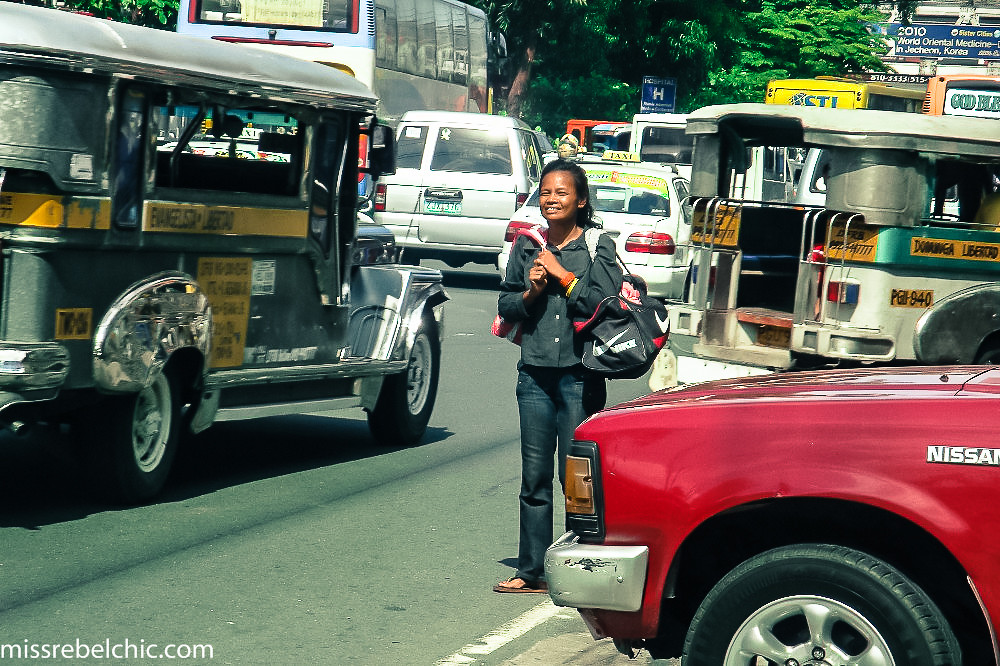 In response to The Daily Post’s weekly photo challenge: “Converge.”

This is my contribution to this week’s photo challenge. This shot of this beautiful hallway was taken at St. Agustin Church in the Philippines this summer. The arcs in my opinion gave weight to the character of the church’s architecture. 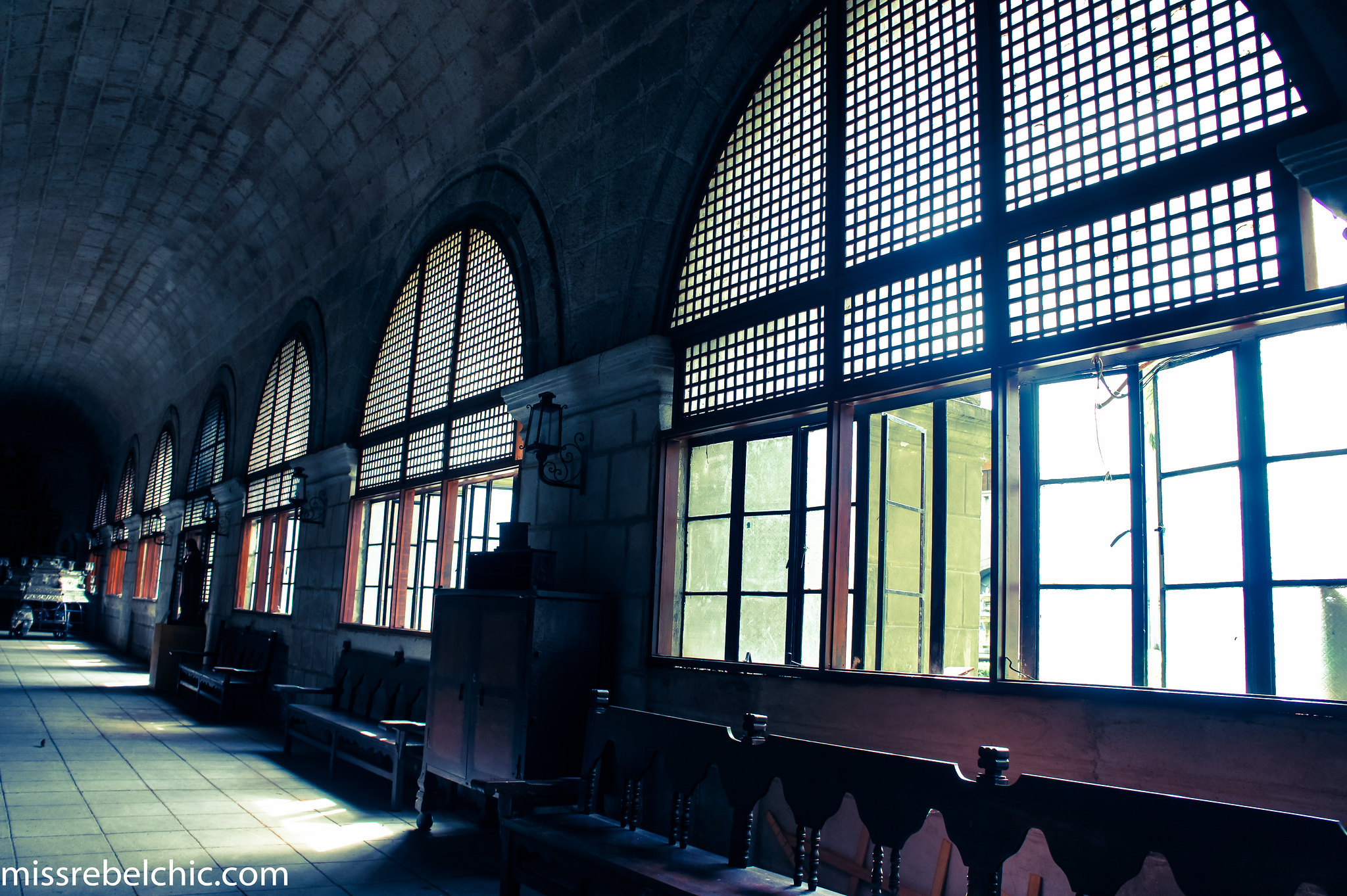 It’s not my first time to celebrate the feast of St. Ignatius de Loyola in Liloan because my mom is from there and we have relatives there as well.

Anyway, we arrived in Liloan 2 weeks before the fiesta and it was raining (July is rainy season in the Philippines) but it wasn’t that bad compared to Manila. I’m thankful because the sun shined a couple of days after the arrival so we got the chance to go for a sightseeing and swimming. Then every morning, the sound of drums and lyres woke us up-yes there’s parade everyday before the fiesta! My cousins said that they celebrate their patron saint for a week and there are lots of activities before and during the fiesta. Like for example, the Lilo-Lilo Festival and the beauty pageant.

As a girl who grew up in Manila, I find fiestas outside the city more lively and more fun because people are cooperative and care about their community.

Students tried to hide their faces from the camera.

Drummers from the elementary school

He doesn’t like to smile. Okay fine! Be that way! 😛

The contestants in their bathing suit.

They sure know how to hide from the paparazzi.