Stavanger on a gloomy day


At the Stavanger Library

I went to Stavanger Biblioteket on Monday to borrow the book for my Organization Theory subject. I’m so happy that I won’t have to buy that book. 🙂 Saved 400 crowns for that! I’m still saving though I almost don’t have to pay for the tuition fee. The books are damn expensive! I have other things to buy too aside from books.
Anyway, I got suprised because the library got an Xbox 360 console and games on its media department! Cool right? Being a gamer that I am, I’m glad for the sake of those who can’t afford to buy the console. Atleast they would be able to try the latest games and not be left behind.

They made me leave the Library:

Packing my stuff to leave the area.

Library is a place for reading, researching and not chit-chatting! Herregud! There was this guy wearing a leather jacket not so far from my table, who’s talking to his cellphone all the time and suddenly his friends arrived and they were laughing and talking very loudly. Can’t they read the sign?! Are they blind? Geesh! I got so pissed that I left my table to find another one, but unfortunately all was occupied already. Speaking of bad luck! >.< I hate it when people don’t respect others just for their own sake. I wish he’ll learn his lesson now or sooner ‘coz he ain’t pleasing anyone with his attitude!

After the library I went to my cousin’s place. It feels great to meet your relative once in a while. I don’t often go to Stavanger because of school loads or work. 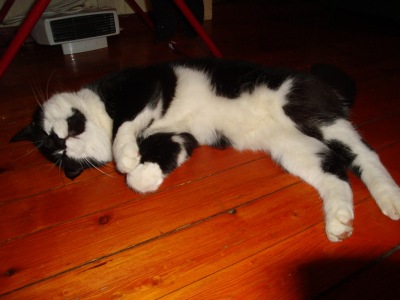 Stavanger Sentrum at Night and the Swans

We took a little tour after I visited my cousin. As usual I took lots of pictures of my bf. Poor him, he doesn’t like it but he loves me what can he do? 🙂
After eating at Burger King we fed the swans at Skagen. Gosh, they’re more than 10!!! They are so beautiful. Probably one of my favorite species of birds now.

I wonder if these swans are the same as these swans in 2009. For your information, these creatures have been a problem in the Stavanger sentrum. They stopped the traffic a lot of times. So that is the reason why people built the fence along the bay.