Let me introduce Molly. A Norwegian forest cat from Odda Norway. My sister adopted her a couple of months ago. She’s a very shy cat and cautious at first, but once she sees that you’re not a threat, she’ll try her best to catch your attention. 🙂 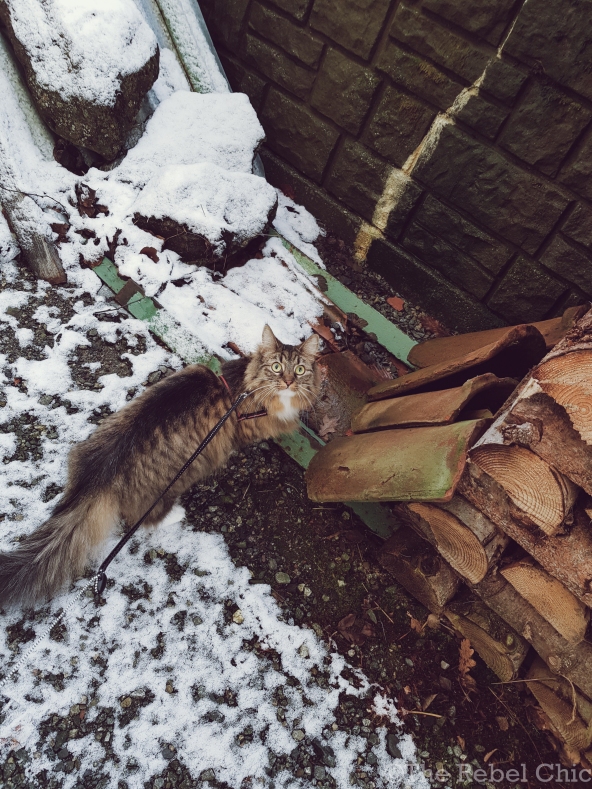 Molly is an indoor cat. She doesn’t want to go outside. 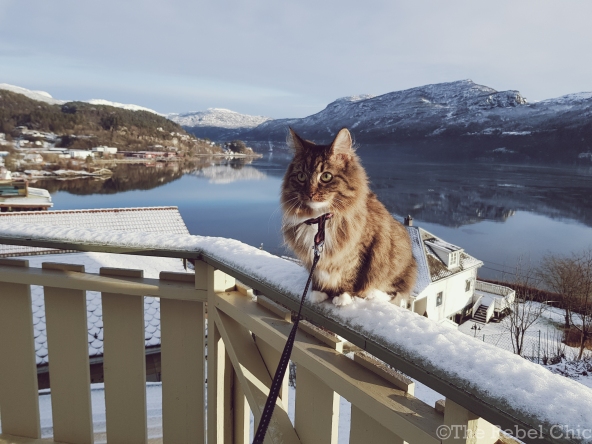 A Norwegian forest cat and a Norwegian fjord on the background = Perfect composition!

About a month ago, hubby and I decided to take our relationship to the next level, that is to get an aquarium. I was hesitant at first because I heard that having a big aquarium requires lots of work and responsibility. You have to think that this is going to be the habitat of your chosen fishes, so everything should be in place.

We bought a 350 liter Jewel aquarium from an online shop. The filter and heating system is included and it has already been attached. Plus, the fluorescent lamps are included too. The accessories were bought at a local pet shop near our place. Hubby opted for a plain black background. The aquarium table/furniture was also bought online. It is also from Jewel.

Neither of us had knowledge about starting an aquarium. I thought that all we have to do is to fill up the aquarium with water and put the fishes in it. Thanks to my hubby for patiently reading articles, forum entries and blogs. Now we have learned that the water should be tested for PH, Nitrite, Ammonium, Nitrate, KH and Iron levels. It took us around 3 weeks before we introduced some fish in our brand new aquarium because we have to make sure that the ecosystem is ready. Actually we got a little help from his cousin who also has an aquarium. He gave us around 200 liters of his aquarium water to us in order to speed up the process.

We only have seven Congo Tetras in the aquarium at the moment. We wanted to see if we can manage to keep the fishes alive before adding more fishes. So far I think the fishes thrive in their new habitat. They have also grown bigger.

As I’ve said in the beginning, I did not like the idea of having an aquarium but after a couple of weeks of having it here, I feel like I am more relaxed and hubby is happier. Now I don’t mind about the maintenance. 🙂 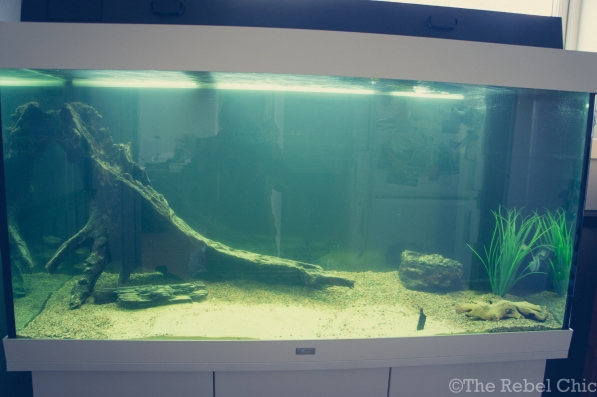 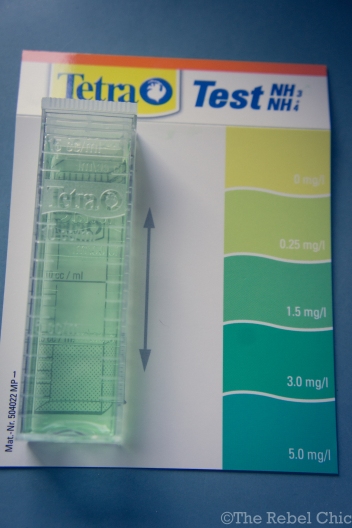 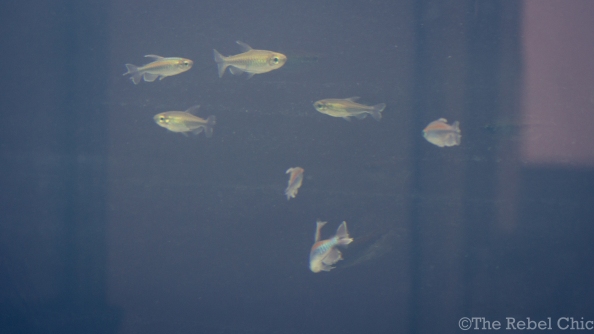 For the first time, I am joining Cee’s Black and White photo challenge. I have been following Cee here on WordPress for quite a while now and I always get tempted to do some of the photo challenges. The reason why I am only doing this now is because I am doing photo challenges already from The Daily Post and I did not want to fill my blog with just photo challenges. But then I realized that I am already posting a lot of photos here so why not join other photo challenges as well and besides it is fun.

Anyway, this is my entry for this week’s Black and White challenge which is pets. This is my pet Zorro. A 5 year old dachshund. 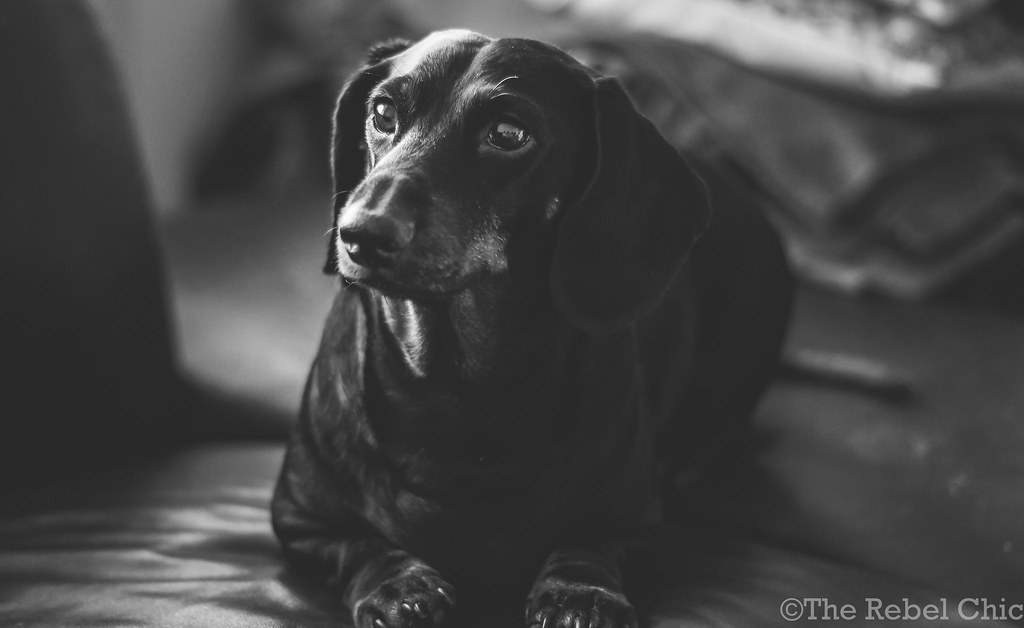 Zita will be staying here with us for a couple of weeks. She came here yesterday and was happy to see her bf Zorro again. She’s a gentle and good dog and also loud because she barks quite a lot.

Anyway, I took this shot of her this morning before I had my breakfast. I usually sit right on the same spot but she took over. She won’t go. Oh well, she’s our guest after all. 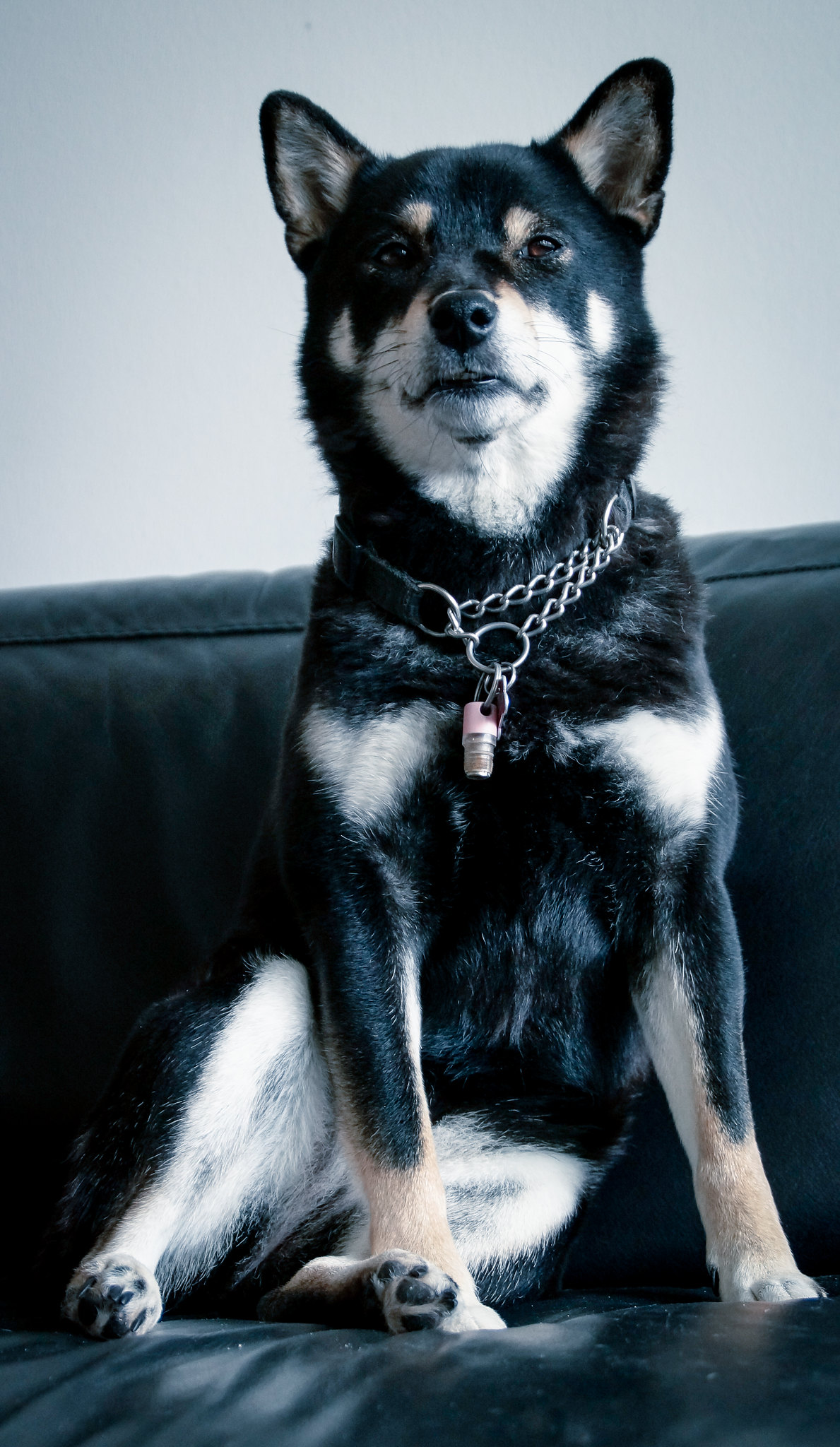 “I’m your guest for for two weeks. So I’m occupying your sofa. Get it?”

This is Jesse my friend’s 4 month old kitten. I took this shot while I was waiting for my friend to finish her makeup. I think the cat finds her owner fascinating with the makeup on. Or maybe not? What do you think? 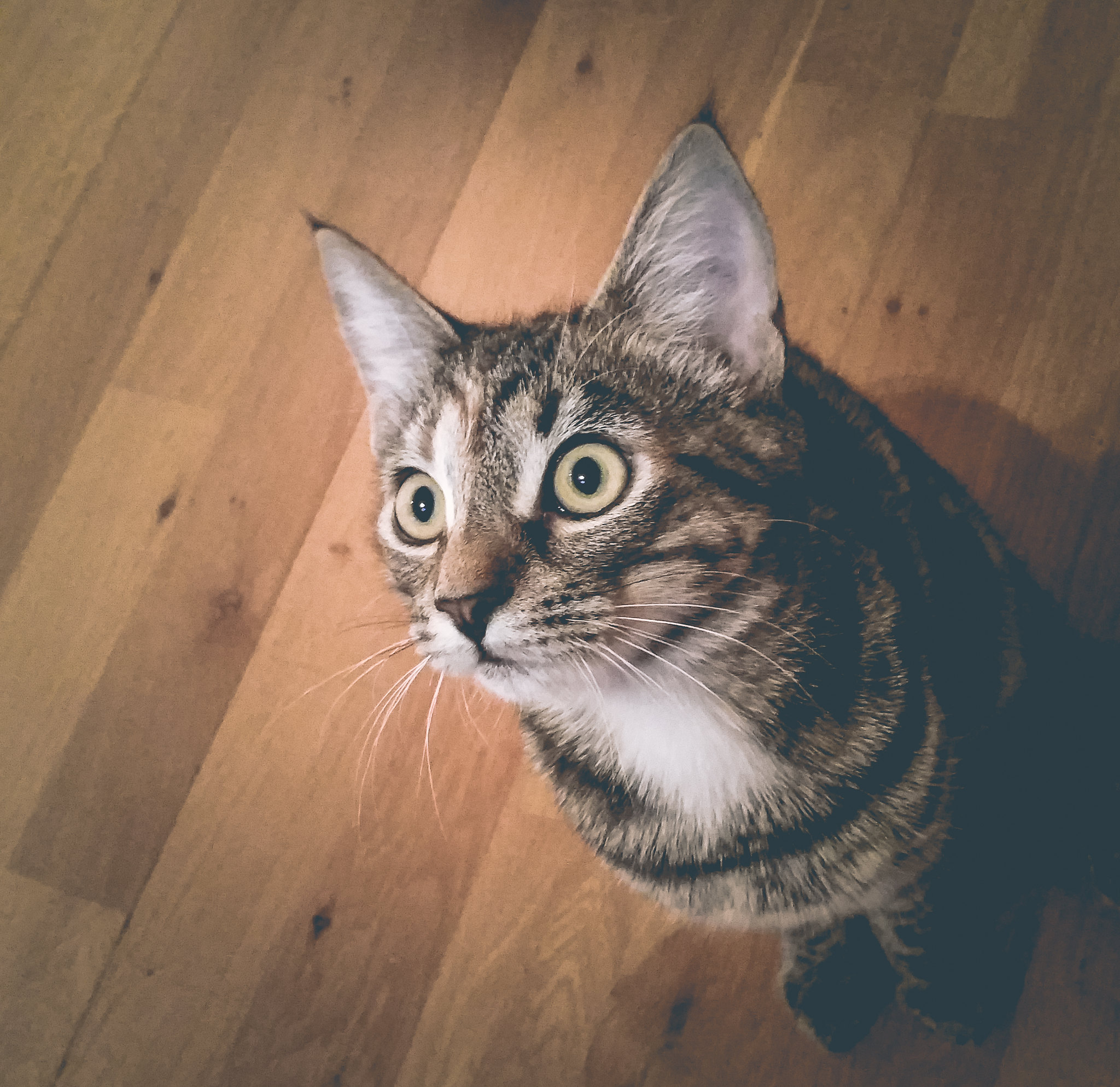 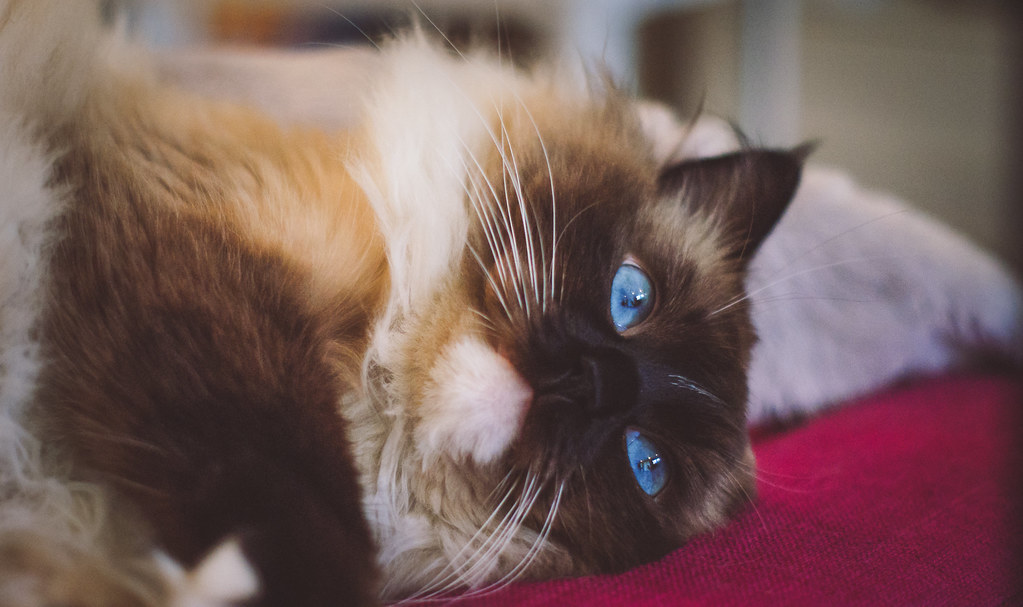 Model for the day, Aki. My friend’s ragdoll. Simply adorable!

Whatever funny faces or sounds I made here, she won’t blink an eye or had any reaction. I think she might be day dreaming or she didn’t just give a damn. 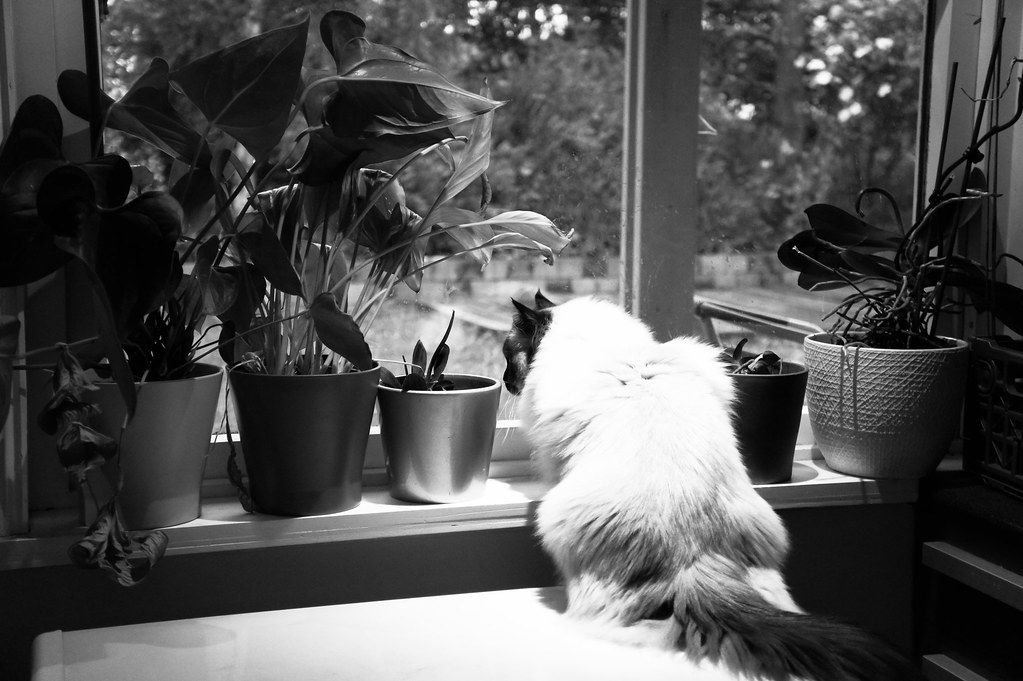 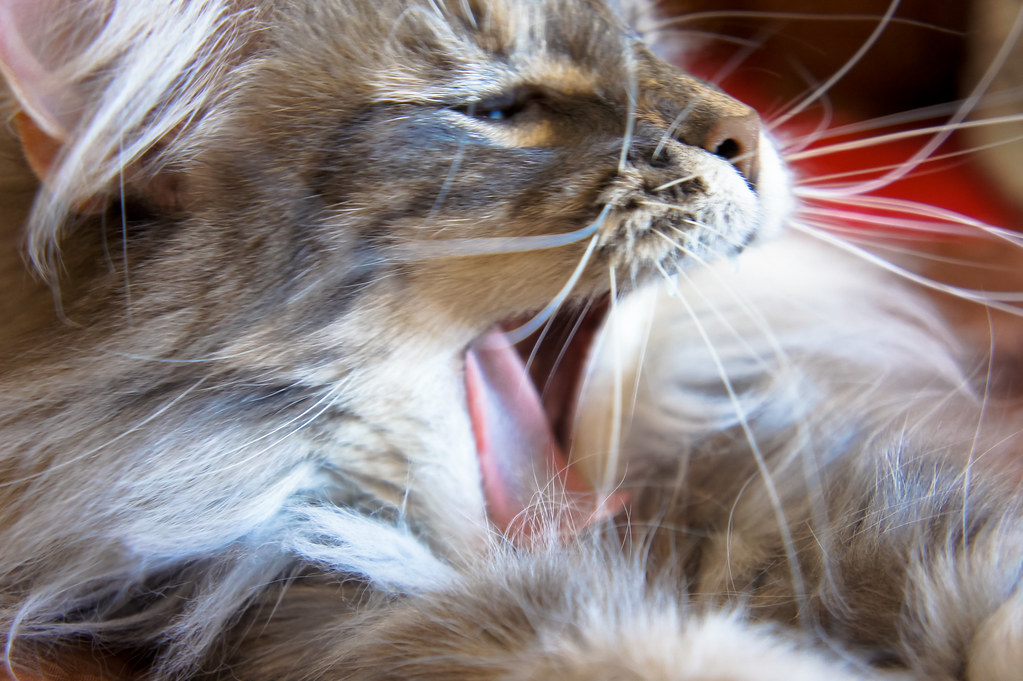 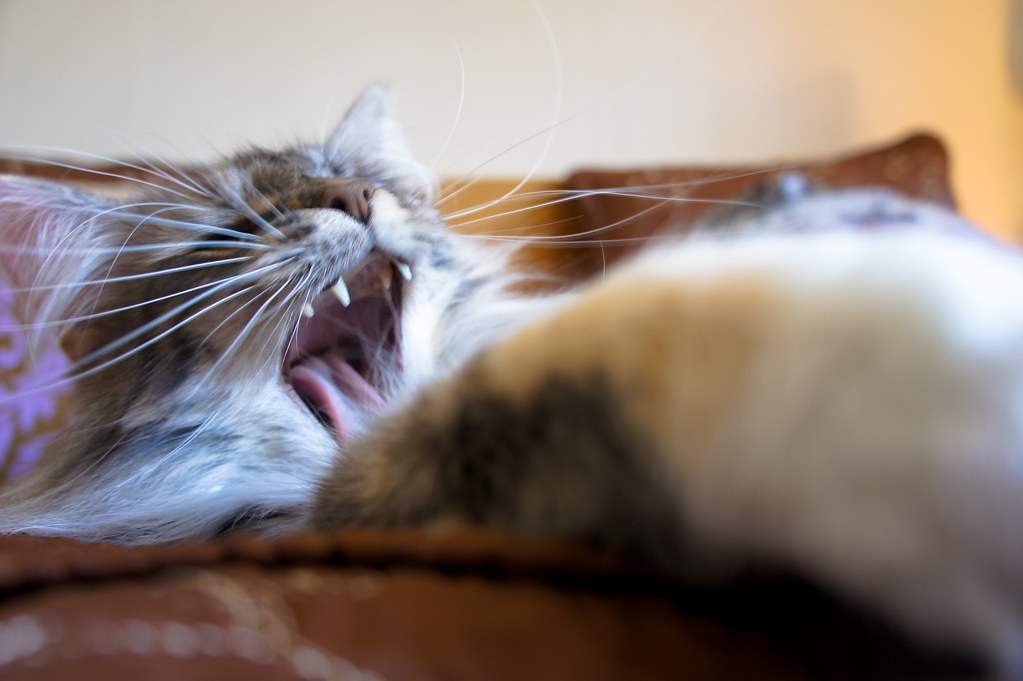 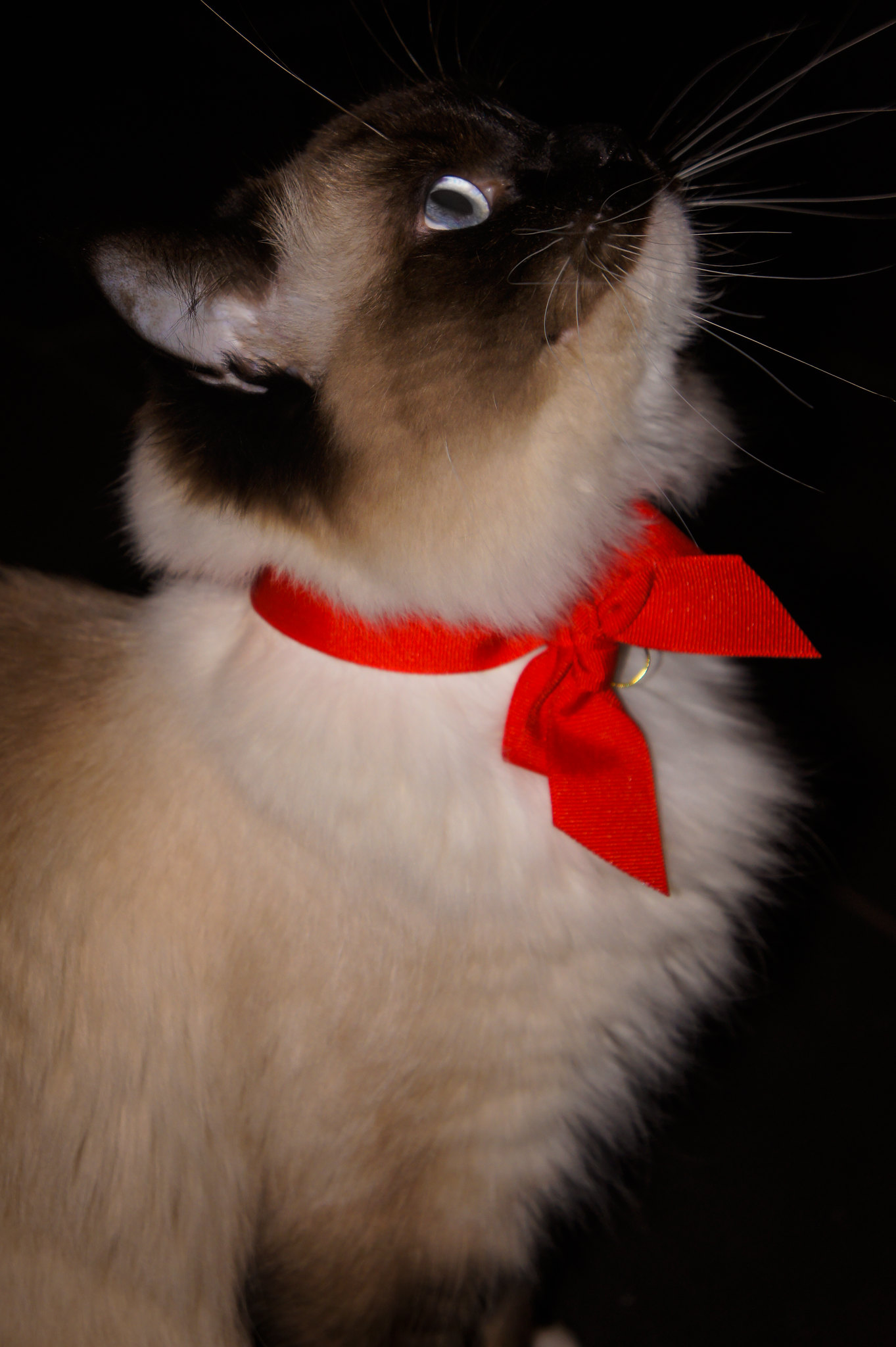 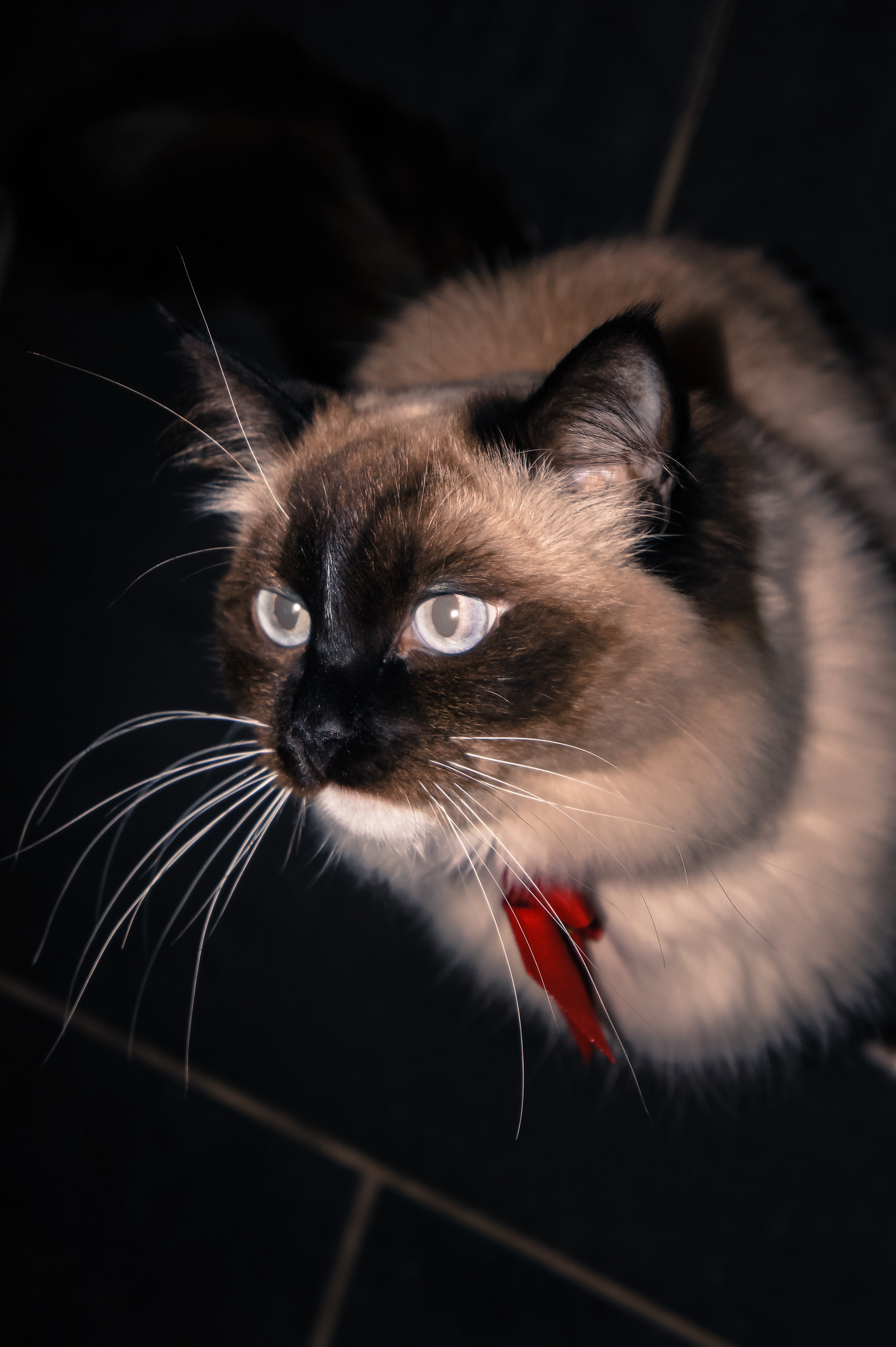